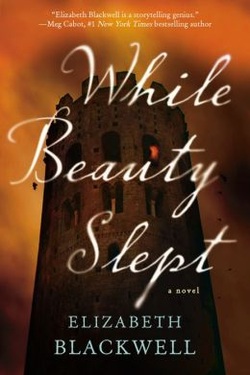 While Beauty Slept by Elizabeth Blackwell


When I was first starting to read books on my own, my two favorites were the Disney versions of Snow White and the Seven Dwarfs and Cinderella.  Then, I grew up and grew out of the fairy tale books and even though there are some great modern fairy tale remakes out there, I tend not to gravitate towards them and prefer realistic-fiction.  I was introduced to this novel through a book club, and I did enjoy this unique twist on the sleeping beauty fairy tale, mostly because it doesn't feel like a fairy tale throughout most of the book at all.


The story is told from the point of view of a servant girl, Elise, at the castle, rather than the princess.  The narrator and the princess have a very positive relationship since Elise functioned as a nanny of sorts for the princess.  A war and plague strike the kingdom and this not-so-fairy-tale is actually quite the intriguing story with some actual history thrown in as well.  Yes, there is still romance, but mainly for Elise, not so much the princess until the very end.  The ending comes with a great twist that I didn't see coming and it's also a very satisfying ending that makes this "fairy tale" a little bit easier to relate to.