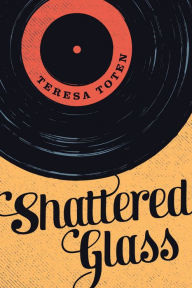 This is one of seven books in a stand alone set (you don't have to read the books in any particular order) of seven teenage girls who, after living in an orphange most of their lives, are venturing out into the real world as young adults due to the orphanage being destroyed in a fire. Shattered Glass is told from the first person persepctive of Toni, one of the seven girls. Toni has very little information about her family, but is pushed towards Toronto, Canada to find answers. She knows in Toronto lies the hospital where she recovered from a fire as a little girl shortly before she was placed in the orphanage. Toni has always assumed her dad was never in the picture and that her mom abandoned her out of lack of love. Toni makes friends with her landlady, Grady and a professor tenant. Both watch over and care about Toni's well-being while dealing with their own insecurities. Toni finds a job working at a coffee-music house as a waitress where she is also befriended by the staff. Toni has lived a very sheltered life at this point and her niave ways and innocent mindset are definitely put to the test throughout the book. The whole range of tone and emotions are covered throughout the plot, and Toni does eventually finds the answers, about her parents, that she's been looking for. As an extra bonus there is also a little romance thrown into the mix as well. I found this to be a nice leisure read and I'm curious to read more in the series. 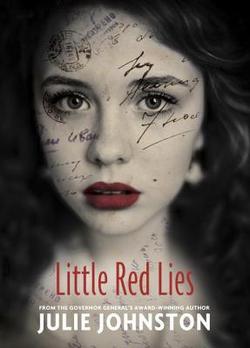 
Rachel, a fifteen year old high school student, is trying to make sense of her brother, Jamie's return from World War II.  Jamie seems weaker physically and mentally.  At the same time Rachel, heavily involved in her school's theater department is also trying to make sense of her drama teacher's behavior, her relationship with her parents, and trying to maintatin her sanity while it seems her family is falling apart.  Set in Canada, Johnston does a nice job of portraying what it was like for these young men coming home from fighting and how the families they're returning to are also adjusting to a post-war society. 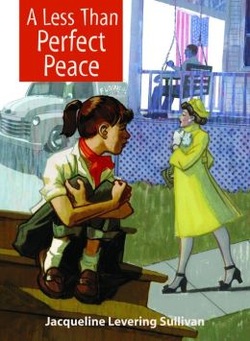 A Less Than Perfect Peace
by Jacqueline Levering Sullivan


This is the sequel to the first book in a historical-fiction series told from a fourteen-year-old girl's perspective four years after her father has returned home from fighting in World War II.  Based on the cover, I was a little afraid it would be too intermediate for my 9th grade students, but I think a lot of my students would enjoy the story-line.  It focuses on an important topic that many stories don't touch on as much at this age level when it comes to historical-fiction novels: How do people cope after a war?  Annie's boyfriend, is an immigrant who's childhood was ruined based on what he witnessed and had to do to survive his war torn country before coming to the United States.  Annie's father and uncle both fought in World War II and her father's eyesight was compromised due to his experience overseas.  Annie's ultimate goal is to make everyone happy/better than they currently are, but it's a tall order.  A great leisure read for anyone who enjoys historical-fiction.

Where the Red Fern Grows by Wilson Rawls 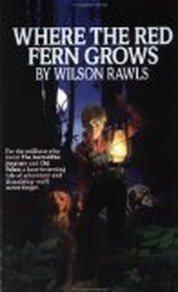 Many of my students have told me that this is was one of the best books they've ever read.  Up until recently, I had not read this young-adult classic so I finally decided it was time to see why so many of my students, who love to read or who only read when assigned, liked it so much.  Wilson Rawl's first person narrative is very engaging from the perspective of a teenage boy, growing up in the Ozark Mountains of Oklahoma during The Great Depression.  Billy, the main character, saves up his money to purchase two Red Hounds, hunting dogs.   His two pups, Dan and Ann, are quite unique due to their very memorable personalities.  There are some great adventures that Billy experiences with his dogs, including a national hunting contest.  Though the ending isn't a completely happy one, it is realistic, and very symbolic when you as the reader finally come to realize where the red fern grows and why. 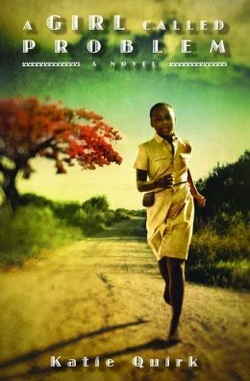 Set during Tanzanian leader, President Nyerere's era, a thirteen-year-old girl named Shida is the main character in this coming-of-age novel.  A wide range of topics are covered within this story-line: trust, feminism, equality, perseverance, acceptance, and diversity.  Shida's village is asked to relocate as their country's president is determined to bring patriotism and camaraderie throughout the country.  After Shida's village consolidates with a neighboring village, strange events begin to occur and tragedy strikes.  Rumors and theories start swirling about what or who could be causing, what feels like, a cursed community.  This engaging story keeps you guessing until the end what the motive of such sabotage would be.
The author, Quirk, even lived in Tanzania for two years.  The story, even though it's historical-fiction, feels well-researched.  There is also a helpful glossary (with pictures included) in the back along with historical background information behind the story's setting.  This is a great story for all of us to read, as we sometimes forget with our modern conveniences, how other people on this planet live.

The One and Only Ivan by Katherine Applegate 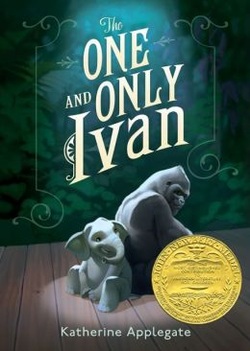 I had heard about this novel right after it won the Newbery Award this year (2013).  Every librarian and English teacher was on Twitter, tweeting about how amazing this story truly was.  When I checked it out at the library and read this unique story, I wasn't disappointed.  The story is loosely based on an actual Silver-back Gorilla who spent almost three decades alone, in a cage at a circus-themed shopping mall in Washington State.  This story is told from the gorilla, Ivan's, perspective.  You'll instantly fall in love with his simple, honest, and sincere personality.  There are many other endearing characters, both animal and human, in this story as well.  If you have a passion, fascination, or interest in animals this is a wonderful heart-warming story that addresses the importance of animal respect, whether in their natural or in a controlled habitat.

Between Shades of Gray by Ruta Sepetys 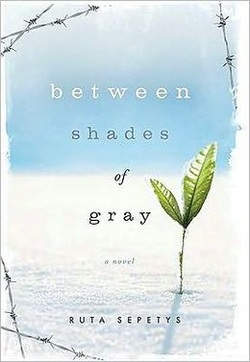 Many times we think of Hitler as one of the most damaging dictators during the 1940's, bot Stalin certainly left his mark as Russia's leader during this time.  Between Shades of Gray is told from the point of view of Lina, a 15 year old girl from Lithuiana.   Her parents, intellects, are seen as a threat by Stalin's government.  Lina's family is deported to Siberia where they have to endure malnourished and unsanitary living conditions,  severe weather, and disease.  The writing is very powerful and also extremely honest.  Some pages are not for the weak of stomach, but you will learn a substantial amount about this tragic even in our world's history.

A Long Walk to Water  by Linda Sue Park 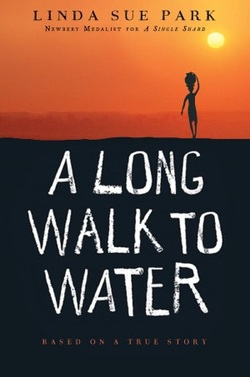 Two stories intertwine in this historical-fiction novel  First there is Salva, one of the "Lost Boys" from Sudan's civil war raids from 1985-2003, a real survivor, living in refugee camps until he was rescued and sent to the United States to live with an adoptive family.  The second story takes place in 2008 from a young girl's perspective, Nya, living in Sudan.  What do Salva and Nya have in common?  What is there connection?  The author does a good job of not revealing this secret until the very end of the book, but it's worth the wait, making for a touching ending to two very intriguing stories. Many of the accounts are based on real events that happened, but enough is fictionalized to not qualify this book as nonfiction/a completely true story.  Nonetheless, you will still learn plenty about this time in history in the country of Sudan and what life is like today in Sudan for someone your age.  It's quite eye opening.