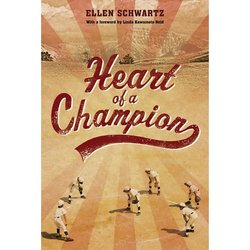 Heart of a Champion
by Ellen Schwartz

When Japan bombs Pearl Harbor in 1941, both the United States and Canada (Vancouver is where the story takes place) displace all Japanese-Canadian citizens and move them to interment camps where Kenny (main character) and his mother and siblings are forced to live in run down shacks with other families while their father is and all the other adult men are arrested simply because of their ancestry and taken away.  Rather than mentally give up on their situation, Kenny tries to pull his family and other separated families together with the one past-time that his older brother has always been passionate about: baseball. 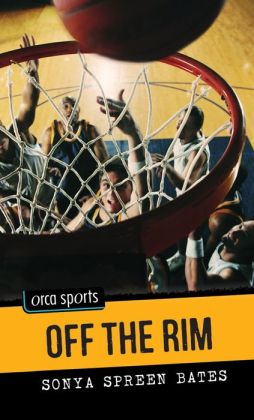 Off The Rim by Sonya Spreen Bates


Dylan has been given his chance to start on his high school's basketball team due to other players' injuries.  He's excited to be given the chance to prove himself to his team.  He also has a girlfriend named Jenna, but he's worried about these anonymous threatening text messages she continues to receive and is concerned that her life might be in danger.  If you like sports and mystery this will be a winning combination for you.  It's only 157 pages long and possesses plenty of suspense.