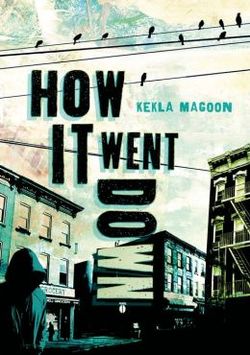 How it Went Down by Kelka Magoon

What we do know is Tariq, a sixteen year old, is shot twice and killed on the streets of New York by business owner, Jack Franklin.  Tariq is black and Jack is white, causing the community to racially divide itself.  Many felt Tariq was unarmed while others claim he was holding a gun.

The story is told from multiple points of view of witnesses of the incident, politicians, and family members and friends of Tariq, all dealing with this emotional situation in his/her own way.  I enjoyed this story and felt it very timely with many of the shootings and high-profile racially-charged court cases that have found their place in the news and media over the last year. 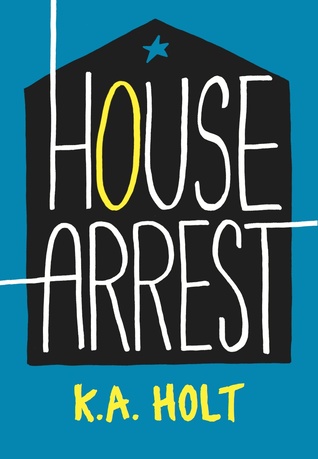 This is a great, fast read told in first-person free-verse prose.  Timothy, a thirteen year old boy is dealing with a lot of serious events in his life.  In the last year, he became a big brother to Levi, a baby born with special breathing and throat needs, his father left the family during this trying time, and Timothy was caught trying to still money so his single-mother could hopefully afford to pay for Levi's medical care as the bills keep coming in.
Timothy, like many kids growing up, makes a lot of mistakes, but through his court-ordered journal writing to his probation officer and counselor, you learn that Timothy has a huge heart, is a wonderful big brother and son, misses his dad, and truly wants to do what's right for Levi.  Will Timothy succeed in fulfilling his probation and finding much needed medical care for Levi?  You will have to read House Arrest ​to find out! 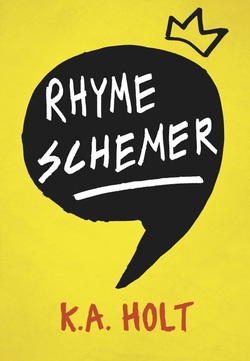 
A story told in free-verse, your first person narrator, also a poet, does not start out as a very like-able character which makes the book interesting from the get-go.  The main character, within his internal monologue is quite arrogant and judgmental of other people.  He likes to post his poems anonymously around school and feels very powerful to be able to pull this off without being discovered, until one day his classmate does discover his secret and wants to steal his identity and the fame that comes with it. Now the narrator is quite humbled and not nearly as confident in his own skin.  A very quick read and simple plot, but regardless, the author still manages to have well-developed characters and an intriguing plot line, without using a lot of words or pages, to tell a complete story.  Creative play on words and figurative language throughout.  Intriguing from beginning to end, 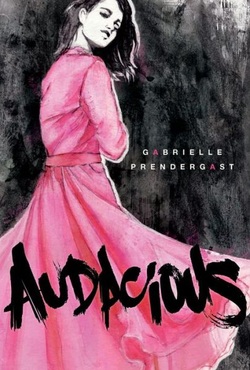 This story, told through free-verse poetry, was incredibly engaging from beginning to end.  This was a finish-it-in-one-day-read!  Ella, the first person narrator, is feisty, care-free, creative-artistic, opinionated, and witty.  There were multiple times where her point-of-view made me laugh out loud.  Sometimes I was even shocked with how blunt and brash she could be.  Ironically though, someone this confident still faces self-worth issues, teen drama, and times of peer confusion reminding the reader that no one is super-human; we all struggle.  Many important "thinker" topics are covered in this story with wonderful supporting characters that make up a captivating world (bulimia, freedom of expression, cross-culture relationships, and religion).  The free-verse allows for even non-fans of poetry to enjoy the story, because it simply doesn't feel like you're reading poems.  The best news?  There's a sequel soon to come out titled Capricious.  Ella is a character you'll instantly like and will find hard to forget.