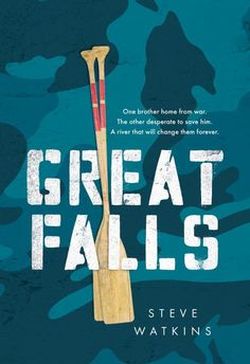 Shane's brother, Jeremy, has returned from serving with the Marines overseas and is mentally and emotionally struggling as he integrates himself back into his hometown life.  Shane struggles with how best to help his brother.  After a terrible high school football game where Shane publicly embarrasses himself, Jeremy offers Shane an escape for both of them and they start a canoe trip that becomes an eye opening and life changing experience Shane will never forget. 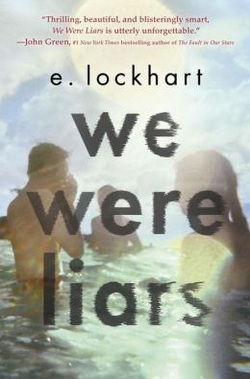 We Were Liars by E. Lockhart


I was drawn to this book based on reviews I had read that stated the ending was a major shock/would blow the reader's mind.  Being that I can usually see a twist coming way before it happens, I thought I'd take this "shocking plot" on.  I did figure out the twist before I read it, but only a couple pages before.  I had some theories about what the ending might reveal, and I was close, but it wasn't completely obvious until right before I read it on the page.
The book was interesting, pretty dark, and depressing, but I was intrigued the whole way through.  Even though I could not relate to the upper-class characters on a personal level (they call their mothers "Mummy" and lead extremely privileged lifestyles) I wanted to get to the "shocking ending".  It didn't disappoint.
Cadence, the first-person narrator has selective post-traumatic memory loss due to a terrible tragedy that occurred the summer she was 15 years old.  She returns to her family's island two summers after the incident and flashes of what happened start to come back into her memory.  Eventually all the pieces of the puzzle come together and you, the reader, realize what happened to Cady, her two cousins, and her boyfriend that summer.  The book is worth sticking with from beginning to end, and most likely, you won't see the specifics of the twist until you're literally reading it off of the page. 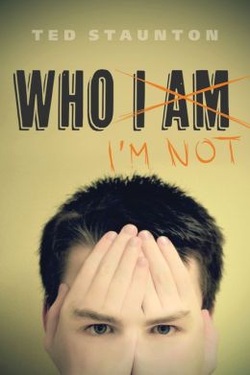 Who I'm Not by Ted Staunton


This is a a great suspense story that would appeal to all types of young adult readers, but especially reluctant readers.  The first person narrator is young man who isn't quite sure what his real name is or his age.  He was abandoned as a young child, went through a terrible foster care stint and then was eventually bought by a traveling con man, Harley.  When Harley dies in a theft gone wrong, the narrator is left alone.  He takes on the persona of a missing boy, named Danny, in Canada.  What he soon fines out, as he bursts into Danny's family's lives, is that maybe he's not the only one playing others in this twisted scenario.  Maybe he's also being played.  This is a decent page turner and a fast leisure read. 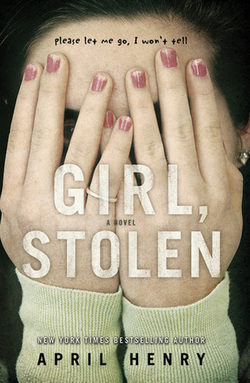 Summary:
The author's chapters use alternating narrators in this suspenseful young-adult read.  First there's Cheyenne, a teenage girl that lost her eyesight three years prior in an accident that took the life of her mother.  Then there's Griffin, a troubled teenage boy whose mother left the home when he was young and since then he's been forced into working for his father's illegal :business" of stealing cars and robbing vehicles/homes.  Griffin makes an impulsive decision during a busy night of Christmas shopping at a busy mall center and hops into a car with the keys still in the ignition.  As he's driving away, he realizes that Cheyenne was under a blanket trying to stay warm in the backseat while her step-mom had run into the pharmacy to get Cheyenne's pneumonia prescription medicine.  Soon the plot thickens when Griffin realizes that his witness to the crime can't see him, but on the flip-side that her father is the head of Nike.  Griffin's father immediately starts planning a ransom threat to police as they keep Cheyenne prisoner in their home.  Will Griffin and Cheyenne help each other escape Griffin's father and his controlling ways or is Cheyenne's and Griffin's future doomed?  Pick up this page turner if you're ready for a thrilling ride!